I’m a decent programmer. Nothing to brag about, but I can and do cut code well enough to put bread on the table. Aside from the usual array of web languages required for basic survival in today’s tech world – html, javascript, xml, php, etc. – I specialize in languages from the Jurassic Period of computer development – the 70s and 80s. These are languages that, when you mention them to programmers just out of college, they look at you like you’d admitted you were a working coopersmith or that you handcrafted corset stays out of whalebone.

So, time to up my programmer game. 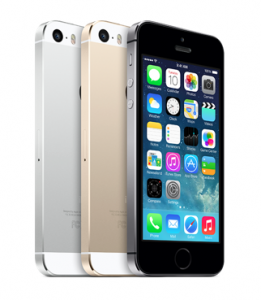 If you want the whippersnappers to stop snickering you’d better pick a cool platform on which to program, so I’m going to become an iPhone developer. I’m a big fan of the iPhone – I have 100+ apps loaded on mine, and just as they tell writers that they should write the book they want to read, a developer needs a real project and the project he should write is the one he wants to use.

Which means it’s not a one-day sort of thing.

I signed up for a class at Udemy taught by a guy named Robb from The App Dojo. Hurray for online learning! $19.95 for a 23 lecture course with some sample files and the encouragement that they can teach anyone to learn iPhone coding. I just did the first 4 lectures and am wondering just who this “anyone” is. The course is really good, but Objective-C is freaking hard. Still, like all starter programming exercises, once I cut a line of code that changes something visible, I’m hooked. I laid out some sample apps with the interface builder, linked the objects to some methods via a nice, easy programming-free drag-and-drop interface, and even wrote a bit of functioning code. Not bad for a day.

This is not as much fun as learning 4 chords on the uke and getting my daughter to sing along with me. But fun nonetheless. As an added bonus, this Udemy course finishes by adding some mapping and geolocation code to the sample app, and the real thing I want to write uses those interfaces, so I lucked into just the right tutorial. I can hardly wait to finish.