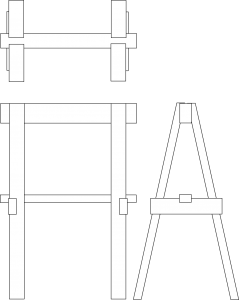 What did I learn today? Not a damn thing.

I didn’t learn a damn thing because I consumed, and consuming is the enemy of creating. You can’t do anything new when you’re busy soaking up the old, and you can only soak up so much meaningful old. Nobody ever solved a math problem while watching the 2013 Big Bang Theory blooper reel. Nobody ever wrote a sonnet while watching Ellen Degeneres reruns on Youtube. And don’t fool yourself that you’re “learning” when you’re consuming pop culture: You don’t “learn” that Bradley Cooper had an embarrassing incident during his first audition. You don’t “learn” that Emma Stone is best friends with Mila Kunis. You simple process it, the way a glue factory processes old horses. That stuff is “knowledge” the way candy corn is a vegetable. (And for the record, I just made up both the thing about Bradley Cooper and the thing about Emma Stone/Mila Kunis – for all I know, they hate each other and have long since crushed their BFF bracelets under the wheels of their Escalades).

Pop culture “knowledge”, like the jingle for The Simpsons is stored in your trivia cortex which, given enough time and enough Hulu-dedicated bandwidth, will swallow the other parts of your brain the way the molten lava of Mount Vesuvius swallowed the sleeping residents of Pompeii.

But I’m not chiding you. If I’m chiding anyone it would be me, but I’m not chiding me either. Today was a totally chill day in Hudson, New York, which is quickly becoming the Consume Capitol of the Hudson Valley. People go to Hudson because they’re too cool to go to the mall; but it’s the same thing as a mall, really, because the only two things you can do in Hudson are shop and eat, and if you can only shop or eat you’re in a mall. For the record I had a couple fantastic espressos at Swallow Coffee and a great baguette from Cafe Le Perche. I nearly bought a sweater, and desperately wanted to buy a leather bag, from De Marchin. So there ya go… I basically spent the day at the mall.

I did write 12 pages of movie script last night and Cheryl read it over the above-mentioned espressos, and gave me some great notes on it. So that’s something. Even in a shopping mall, something good can happen.

And in an antique shop I spied some decorative saw horses. I’ve had an idea for the past couple years that you could make a really nice, easily re-configurable work table out of a couple well designed sawhorses made of nice hardwood, and a replaceable slab, and I’ve had a fantastic slab of bubinga in the shop for years waiting for the right set of legs. I noticed recently that Ikea has come up with the cheapest and cheesiest possible version of this idea, with mix ‘n match tops and sawhorse-like leg sets in aluminum tubing. Mine will be made of ash because we had an enormous ash tree taken down a couple years ago and I have loads of sliced ash wood in the shop. So I whipped up some plans in Illustrator this evening, based on the ones I saw today (the ones I saw today were designed to be easily moved around and to hold up rolls of wall paper).

Nice ‘n simple and just waiting for spring and a warm wood shop in which to work. I’m not sure this counts as ‘learning’, but I did at least design something. Actually put it down on paper – maybe had to re-learn the ‘shear’ feature of illustrator to turn the legs into parallelograms, so it’s at least learn-y and do-y instead of, like the earlier part of my day, just consume-y.

2 thoughts on “Slacking toward Bethlehem”