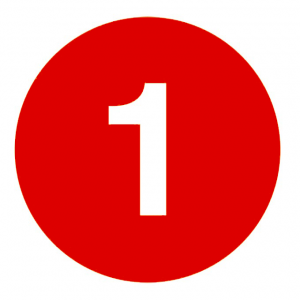 How’s everyone doing on their New Year’s resolutions? This is the monthly wrap-up for Learn Something Every Day and so far my resolve is holding in at least a tentative, quavering way. In theory I should have learned 31 new things by today but I’ve only posted 27 of them. Excuses to follow.

January learnin’s included a couple new knots, one for my Zenga silks and the other for rappelling to safety, a quick lesson on bass from Don, a couple uke songs, creampuffs and gougere, aiolli sauce, improvements to my ePub workflow, some new French phrases, some new Chinese phrases and a couple new counting articles, research and progress on a screenplay, a refresher course on logarithms, two new origami projects, a design for decorative saw-horses, a fancy soccer move, finished one online iPhone development course and made heaps of progress on my main (and more difficult) iPhone programming course, and finished a full design for the app I’m going to build. Today I put the app design into my XCode development environment and started building it out. Heavy rowing that. It turns out the course I’m on is just out of date enough that my own, more current, XCode environment is confusing.

It also turns out there’s a good reason the iPhone development courses start you out on apps that 1) only work in portrait mode and 2) are iPhone specific, not iPhone/iPad capable. As I launched into my own app I immediately tried to go fancy and turned on both those options and was immediately buried in the extra features you have to plan for up front. So I trashed the project and removed the rotating capability, but the iPhone/iPad capability was still way confusing, so I trashed that project as well and undid that feature, and am now doing the sensible thing, which is writing my project as a iPhone app only with no rotating capabilities. It’s a tactical retreat as I adjust to the altitude.

The January days when I didn’t post I really did learn new things, but we were iced in here in the Catskills – no power or internet, so I plead those days as working on my post-apocalyptic survival skills, aka cowarding under layers of covers and trying to get Cheryl to stoke the fireplace.

Anyway, that’s it for January. February starts out with a bang – Groundhog Day is still one of my favorite comedies. Maybe I’ll learn how to roast a groundhog.