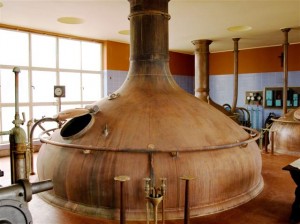 How the big dudes do it.

One thing I learned in college is not to pretend you know something when you don’t, because in college you’re surrounded by lots of smart college-type people who will probably call you out on your pretense, and they’ll most likely do it publicly and in the most embarrassing way possible.

Did I say I learned this lesson? Let me back up a bit – I learned that I shouldn’t fake knowing stuff and also learned to work on not faking it as much as I used to. But there are situations where faking it just a little can motivate you to live up to the thing you claimed you could do: this has been the theme of something like a million situation comedy episodes, from I Love Lucy to Two Broke Girls. The spunky but morally flexible heroine claims she can drive or bake or sing or golf, and then has to hack her way through a series of comic attempts, only to come out the other side a much better person who has also learned something new about herself (which she’ll forget by next week so the new team of writers can do it all again, just as I’ll forget that I learned in college not to pretend I know things that I don’t).

And so to beer.

I’ve made plenty of beer from kits and once spent some time with a guy in Colorado who roasted and milled his own barley and harvested yeast from bottles of English ale that he admired. That guy was a beer-maker; nothing went into his brew but barley, hops and water. And he stole yeast, which puts him in a different class. Not me. I’m the kind of guy who goes into the local brew supplier with the vague idea that I want to make something like Fullers ESB, throw around some terms like IBUs, specific gravity and sparge, and comes home with 10 bags of roasted barley, malt extract, hops, yeast and bottling sugar and throws them together to see what comes out. But just like Lucille Ball, I’m not going to back down once I’m talking to the guy in the brewing supply store, not when I finally have this stuff laid out at home and my wife watching; so I kicked off some water tonight, steeped the barley, boiled down the malt and hops and let it cool enough to add the yeast. It’s sitting in a covered bucket now in the basement, looking ominously dark for something that should be an ESB and not a stout, and it isn’t bubbling yet either, so maybe I killed the yeast. We’ll see. The great thing about small-time brewing is you only need to share your successes.

Oh, and in between the steeping and boiling and sparging and pitching yeast, I finished two more sections of my iPhone development course and found out that the next section is all about using the GPS interface, which is what I want to program – especially if the GPS provides a moral compass.