My mom tied the ties in our family, so Sunday mornings my three brothers and I would line up in my parents’ bedroom for my mom to put the finishing touches on our go-to-church outfits, which meant our white shirts were tucked in, our belts were straight and our ties were tied.  We were not a clip-on family, so my mom had learned to tie ties really efficiently. She took a hands-on, let-me-do-that-for-you approach to parenting; if you wanted to learn to do something for yourself in my family, you learned by observation, private practice and a determination to be independent. My mother tied our ties for way longer than many moms tie their sons’ ties.

The knot my mom used was a four-in-hand – but we didn’t know that it had a name, because when there’s only one way to do a thing, a name is not required. There was one special element to my mom’s tie tying, which was that as she swung the thick end over the front of the skinny end (which is done once in a four-in-hand knot, and twice in a Windsor) she always swung it upward instead of outward so it hit you in the nose. Then she’d mock-apologize, laugh at our crinkly little scrunched-up angry boy faces and finish the knot. Efficiency note: a four-in-hand is one loop faster to tie than a Windsor, so it’s the go-to knot for moms with 4 sons and a husband to tie up.

Around my first year of high school I got tired of having my nose swatted (cf. slow learner), watched in the mirror as she tied my tie, practiced a bit and took over the operation. So I went off to college with my basic tie tying skills in place. Years later, standing up for weddings, I learned to tie a bow tie. 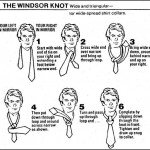 How to tie a Windsor knot.

Last week I was getting ready for a Christmas party in a Boston hotel room and decided the thick, retro tie I’d chosen for the event would look much better with a perfectly symmetrical knot, so found an article at Esquire Magazine and taught myself how to tie a Windsor. The knot looked great. Why hadn’t I done this years ago? Why hadn’t I brought with me my grandfather’s old tie bars, which would look terrific with this new look? How had I gotten this far in life with only a four-in-hand? I couldn’t answer any of this. I felt lame. If a Windsor knot was so easy to learn, why hadn’t I ever bothered? What else had I neglected to learn that might turn out to be this easy? I now had three possible tie knots, and the had world opened up, if only a bit.

The Windsor knot is the inspiration for this blog. Is it really possible, I now wonder, to learn something new every day? Snopes is no help. I suspect nobody’s yet done the basic research. So my resolution for 2014 is to learn something new every day. I could cheat and learn a new word (saxicolous one who lives under a rock), or a new fact about the world (the capitol of Madagascar is Antananarivo), but that’s pretty lame, so my resolution is to make this about doing over knowing things.

That leaves me with two tasks: one is learning 365 new things this year, the other is coming up with 365 things I want to learn. This is an official solicitation: I’m taking suggestions and will give you credit if I use your idea. Thanks in advance!. 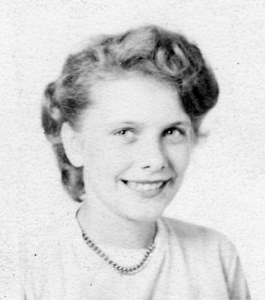 One last thing about the tie story. My mom died a couple years ago. Until the end, she was more inclined to do things for us than to teach us to do things for ourselves. My brothers and sisters and I probably groped around in the dark for answers to some of life’s basics more than was necessary, but we all eventually muddled our way into adulthood. I don’t remember my mom setting out very often to teach me anything, but I do remember – and with luck, have at least partly internalized – how to do things quickly and efficiently for others. I also remember, like it was yesterday, the perfume she wore for church, and her laugh as she swung the thick end of the tie into my nose every Sunday morning. So if any moms or future-moms are reading this and plan to tie their boys ties before church, I recommend the technique to you: Your children will always remember.
+